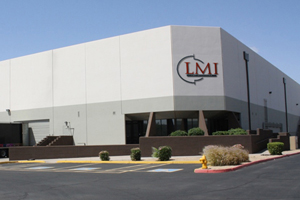 LMI was impacted by the new business relationship between HP and Xerox that mandated the Xerox network to only use HP products. One such Xerox network member, Chicago Office Technologies Group, was LMI’s largest customer.

In August 2018, PE investor, Turnspire Capital Partners (Turnspire) made a strategic investment, in LMI to help position LMI’s long-term market position. At the time of the deal Turnspire Managing Partner Ilya Koffman said, “We are delighted to partner with Gary Willert and the Willert family on the LMI investment”…“We intend to continue building LMI, both organically and through select acquisitions.  We look forward to what we can accomplish together with the talented management and employees of LMI.”

However, the news of the new HP and Xerox deal saw Turnspire look to exit the LMI the market and The Recycler understands that approaches were made to several companies to acquire LMI. However potential buyers could not reconcile the market value of LMI with the outstanding PE investment and MCF called in the loan, initiating the receivership.

Phoenix-based MCA Financial Group has been appointed as the LMI Receiver. The Receivers goal, if possible, is to return the company to a profitability and avoid bankruptcy.

Gary Willert, the LMI CEO took over the company in 1997 and the company has grown. In 2014 LMI acquired Printersdirect LLC and Global Printer Services LLC, followed in 2015 with the acquisition of Parts Now LLC to become a leading value-added supplier of printer parts and related accessories North America.

In May 2017 there was an interruption to LMI’s production following a fire broke at LMI’s facility in Guanajuato.

What now? Business as usual and the company’s management team remain as material contributors, but the court appointed Receiver is now the ultimate decision-making power over company assets etcetera.

LMI’s main remanufacturing competitor in the US market is Clover Imaging Group, whose parent 4L Technologies is carrying around $700 million (€624 million) of debt and recently appointed legal and investment advisors to assist them in reviewing their business following the loss of a major customer.

Both companies have been impacted by both the HP and Xerox new business relationship and have been competing against each other in the independent dealer channel.

Editor’s Opinion: The LMI story is becoming an all too familiar one as the OEM sector exerts changes in the market that adversely impact on the reuse/remanufacturing sector. While not a fan of a lot of OEM strategies, we have seen time and again the adverse impact that PE can have on a company. LMI is not the first or last to catch the PE blues.