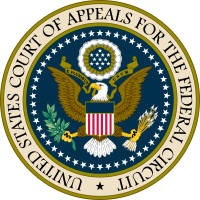 The win for the OEM is bad news for remanufacturers in many industries, as it “reinforces US patent owners’ ability to control the use of their products” after sale even abroad.

Reuters and Bloomberg both reported on the decision at the US Court of Appeals on Friday 12 February, which saw Lexmark win its case against US remanufacturer Impression Products. The legal case began when Impression Products was named in an IP infringement case in October 2013 in the US District Court Southern District of Ohio (Cincinnati Division). The case referred to the “unlawful importation […] the sale for importation and/or the sale within the United States after importation” of a number of infringing remanufactured and cloned aftermarket cartridges.

Impression’s legal team moved to dismiss claims as well as overturn the Jazz Photo decision that impacts on patent exhaustion, or the “first-sale doctrine”. This was also influenced by the Supreme Court’s ruling in the Kirtsaeng case in 2013, which prevented copyright owners from stopping imports and reselling content sold abroad. Impression’s case with Lexmark went to the appeals circuit, with Lexmark opposing a ruling that it had exhausted patent rights in its Prebate programme.

Impression Products meanwhile wished to overturn a ruling that it had infringed Lexmark’s patents relating to remanufactured cartridges that used empties from outside the USA. However, the new ruling has decided that Impression “infringed the patent rights of Lexmark […] when it imported Lexmark’s toner products back into the United States after they were first sold abroad”, as well as that it was “liable for selling refurbished Lexmark cartridges that were originally marketed for a single use under its return and recycle programme”.

Reuters noted that the decision “reinforces US patent owners’ ability to control the use of their products after they are sold”, and had been “hotly anticipated” not just by cartridge remanufacturers but also “high tech and pharmaceutical industries because of its potential impact on how they engage in international trade”. The Recycler had previously reported on the impact that any decision would have on the remanufacturing industry last year.

The 10-2 ruling was welcomed by Lexmark’s Vice President and General Counsel Bob Patton, who stated that it “will assist Lexmark in its efforts to combat the importation and sale of inferior toner cartridges that infringe our intellectual property rights”. Ed O’Connor, lawyer for Impression, “vowed to appeal” the case at the US’ Supreme Court, with Impression seeing heavyweight support from Google, Intel, Dell and the New York Times in the last year.

Circuit Judge Richard Taranto, in his judgement, “cited drugs, which are often sold overseas at lower prices because of price constraints or medical needs”, adding that “the practice could be disrupted by the increased arbitrage opportunities that would come from deeming US rights eliminated by a foreign sale made or authorised by the US patentee”.

Appeals in support of Impression were heard in October 2015, and legal experts had predicted a win for the remanufacturer last year as well, with some attacking Lexmark’s “baffling” case.