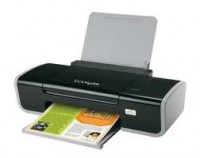 OEM aims to cut costs by putting an end to inkjet manufacturing and reducing workforce by 1,700.

Bloomberg Businessweek reports that Lexmark will cease to manufacture inkjet printers, with plans to close its inkjet supply plant in the Philippines “by the end of 2015” and sell its inkjet technology; although the company states that it will continue to provide support and supplies for its existing inkjet printers.

In addition, Lexmark will cut 1,700 jobs – around 13 percent of its 13,300 workforce, including 1,100 manufacturing jobs as part of the OEM’s restructuring following disappointing financial results.

The Washington Post stated that Lexmark has increasingly been focusing on “higher-profit laser printers and supplies for businesses and software” after struggling to sell its inkjet printers.

Paul Rooke, CEO and Chairman of Lexmark commented on technology website The Next Web: “Today’s announcement represents difficult decisions, which are necessary to drive improved profitability and significant savings.

“Our investments are focused on higher value imaging and software solutions, and we believe the synergies between imaging and the emerging software elements of our business will continue to drive growth across the organization.”

One response to “Lexmark to stop manufacturing inkjets”