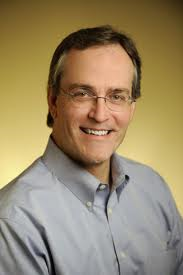 The amount has not been so low since the third quarter of 2004 when Lexmark spent $78.3 million (€59.5 million), with the company gradually increasing its spending since then to expand product lines.

It is thought that Lexmark’s exit from the inkjet market, which it announced in July last year,  has affected the R&D spending; with the move resulting in the lay-off of 1,700 employees worldwide over the next two years. The OEM sold its inkjet business in April to Funai Electric Co. for approximately $100 million (€76 million).

Lexmark’s MPS business, on the other hand, saw a year-on-year revenue growth of 10 percent to $160 million (€121.5 million) as the company focuses on its MPS and Perceptive Software businesses.

Paul Rooke, CEO of Lexmark, said: “When we’ve gone through the restructuring with inkjet, it takes out a large element of the R&D […] we continue to optimize our laser investments there.”

Commenting on the company’s new direction, Rooke continued: “We’re in a transition in our business, and I think it’s important that people understand the dynamics in this transition […] We started initially calling out the decline in the inkjet exit segment, then on the strategic pieces with Perceptive Software and managed print services, two key investment areas and growth areas.

“It reinforces we’re having success in these areas, and we’re trying to improve our communications with investors.”

The Recycler reported in February that Lexmark’s R&D spending for the fourth quarter of 2012 was the lowest in six years at $88.1 million (€67 million); a year-on-year drop of 10 percent.