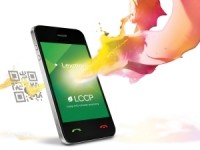 ITWeb reported on the app’s launch in South Africa, after the app was launched in Europe last November. The app “leverages Lexmark technology to empower businesses to revolutionise their recycling processes”, with users signing up agreeing to “return their printer cartridges directly to Lexmark for remanufacturing or recycling”, and benefitting “by being able to purchase Return Programme Cartridges, which are sold at a discount on the regular price”.

The OEM will also allow users to buy Corporate Cartridges, which were launched in October 2014 and are its “most sustainable line of cartridges, containing up to 90 percent reused components”. The LCCP recycling initiative, launched in 1991, has been “providing free return methods for printer cartridges”, which the OEM says enables “the reuse or recycling of components and parts while adhering to a zero landfill and incineration policy”.

The LCCP app is available for both Android and iOS mobile phones and tablets, with customers able – once registered – to “order recycling containers for their premises and also to scan a QR code on these to request a free collection”. This will also allow them to “reduce significantly the request time for ordering a collection or requesting additional containers from an average of six minutes to one minute”. It is available in English, French and German language versions and can be used by customers across the EMEA region.

Nathan Nayagar, Lexmark’s Managing Director for South Africa and English Speaking Africa, commented: “The LCCP empowers businesses to save time and money through the streamlining of their recycling processes, while also helping them to better contribute to the building of a circular economy through the reuse and recycling of these materials. By innovating and improving our customers’ recycling process through the introduction of our new LCCP app, we can create tangible benefits for businesses, customers and the environment.”