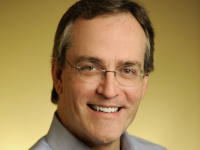 The OEM predicts revenue to fall in Q2 due to its new focus on corporate customers, with shares expected to fall by seven percent.

Much like Xerox and HP before it, Lexmark is aiming to focus on MPS and corporate clients as opposed to the consumer market, but as a consequence the OEM’s second quarter results are expected to show a revenue fall of seven to nine percent, to between $937.3 million (€709 million) and $957.9 million (€724.5 million).

Lexmark’s MPS sector saw double-digit growth in Q1, which tied in with its acquisition of data capture software producer Brainware  and its MPS contract with the US Department of Agriculture, which is worth $50 million (€37.8 million).

More light was shed on the quarterly results and their implications in a conference call between Lexmark’s senior management and industry analysts, with the transcript published by Seeking Alpha.

CEO Paul Rooke noted that the company’s positives included free cash flow of $44 million (€33.2 million) as well as the development of its core supplies segment in tandem with the decline of its legacy supplies sector, which will in time “drive growth in overall supplies revenue”. Rooke added that Lexmark is “committed to growing the core”, and that whilst the company is “not satisfied” with the level of growth thus far, it “believe[s] [it] is laying the groundwork for higher growth in the future”.

Rooke acknowledged that as Lexmark grows its MPS capabilities it will become “squarely focused on business customers”, adding that the company has “exited the consumer market” in order to invest in a “consolidated range of hardware, both large and small” for business customers.

He added in response to a question about competitors that he’s “not seeing anything dramatically different” from the other OEMs, adding that in MPS Lexmark is “winning more than our fair share”. In terms of future acquisitions Rooke stated that the company is “catching our breath” but that more purchases are “clearly part of our future strategy”.

Market analysts Bernstein Research recently predicted that the OEM would be shutting down its printer business.