Latest video of Cyan and Magenta 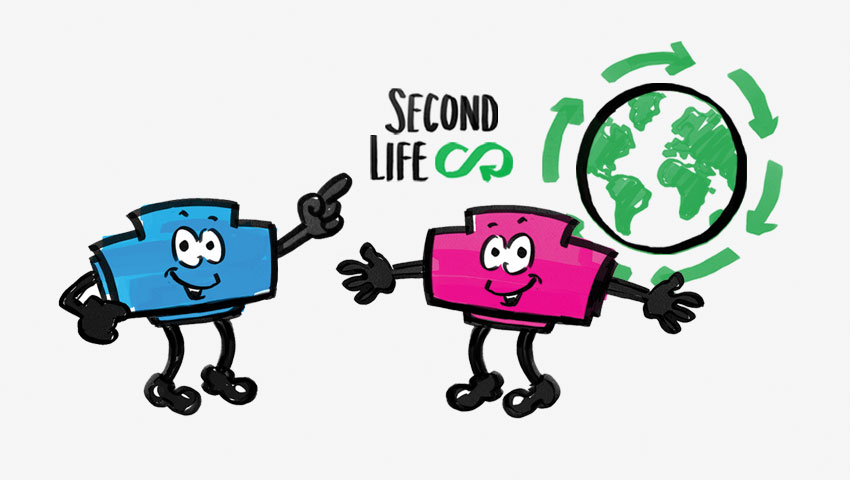 In this latest video of friends Cyan and Magenta, the two start life once again as a remanufactured cartridge from CIG.

Clover Imaging Group (CIG) launched its new environmental campaign, releasing videos of OEM friends Cyan and Magenta journey through the process from being simply empty cartridges to having a chance at a second life.

Clover commented: “Cyan and Magenta have been on quite a journey that brought them from naïve OEMs, thinking they were superior to all other alternatives, to inspired remans who have been educated by the Clover remanufacturing process that is centred around environmental sustainability and the production of a true OEM-like product.

“The sophisticated professionalism of the Clover process was intriguing – the elaborate waste management process that sees virtually no part of a cartridge go into the waste stream, the absolute compliant nature of the process from a quality, legal, environmental, CSR and health and safety perspective and the detail given to the production of a quality product. It was the integrity and honesty of the process however that friends Cyan and Magenta were truly amazed by.”

“Clover really has nothing to hide”, the friends agreed as they bid farewell to the Clover facility to proudly begin their second life.

Watch this week’s video to find out more!