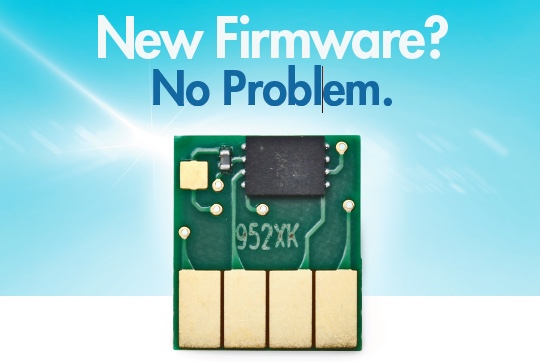 Static Control Components informed that replacement chips and cartridges for the HP 952/953 cartridges were unaffected by the latest firmware update.

Last month, HP made the news with its latest firmware update which was uploaded to consumer printers via an automatic update.

Aftermarket companies spoke out and warned consumers of a new firmware update rolled out on various HP OfficeJet printer models, which is blocking non-OEM cartridges.

Now, Static announced that HP released a new firmware on 27 May for the OfficeJet Pro 8710 printers and stated that after rigorous testing, “Static Control’s replacement chips and cartridges for the HP 952/953 cartridges were unaffected by this firmware update.”

Ink Hub has announced it is petitioning the ACCC over the most recent HP firmware updates, since it believes many consumers are having the update “applied without them even knowing about it.”