Last chance to vote for The Recycler Awards 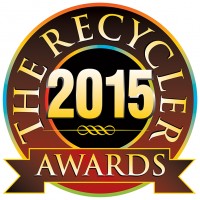 Voting closes at 12am GMT on Sunday 1 February, with the awards ceremony taking place at 6.30pm GMT+1 on the same day in Frankfurt.

Your chance to vote for which companies you would like to win one of our awards is slipping by, with all votes needing to be cast by midnight GMT on Sunday in time for the awards ceremony; which will take place later that day as part of Remanexpo@Paperworld 2015 in Frankfurt.

The nominees for the awards are as follows:

Remanufacturer of the Year

Supplier of the Year

Customer Service of the Year

Innovation of the Year

Print-Rite for developments in 3D printing

Rising Star of the Year

The awards are nominated by the industry in order to recognise companies’ and individuals’ excellence and innovation, and winning an award will put you amongst the most highly-regarded names; reflecting your endeavours and achievements in the industry. You can vote for your choice for each award here.

Remanexpo@Paperworld 2015 will run from 31 January to 3 February 2015 at Messe Frankfurt, and will also feature the popular REMCON seminar programme, which you can read about here. To find out more about the show, see a full list of exhibitors, and buy tickets, visit www.therecycler.com/remanexpo.