Kyocera reports sales are down 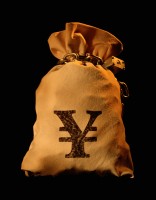 The company has released its financial results for the year ended 31 March 2020 recording a decrease in sales revenue.

Its Document Solutions Group segment recorded sales revenues of ¥35.99 billion ($335 million/ €309 million) which accounted for 22.5%, compared to 23.1% in the previous year of the whole company’s sales and is a decrease of 4.1% year-on-year compared to the same period during the last financial year.

In its financial forecast for the financial year ending 31 March 2021, Kyocera said that COVID-19 will have an impact on its business assuming lower Printer and MFP demand in the first quarter and possible recovery from the second quarter.