Konica Minolta – Solid as a rock? 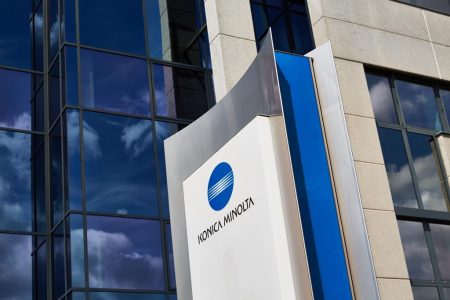 The Konica Minolta consolidated financial results for the third quarter ended 31 December 2019, show sales of MFPs increased and sales in Europe up, but revenues and profits down.

In its report, Konica Minolta said that although the external environment remains harsh, on a real basis sales were in line with the previous year when excluding the impact of exchange rates. Revenue for the quarter was ¥747 billion ($6.8 billion/ €6.1 billion) with operating profits down 79% at ¥10.6 billion ($97 million/ €88 million).

Sales of new colour MFPs increased in the second half of FY2019 and Konica Minolta introduced new colour products aiming for sales improvements throughout the fourth quarter. Konica Minolta added that sales picked up in Europe, where shipments grew 3%. Progress was made in large project installations in Europe, and the mainstay new colour Seg2/3 product (bizhub C250i/C300i /C360i) drove a 10% jump up in shipments, according to Konica Minolta.

The company is also making progress in reducing manufacturing costs.