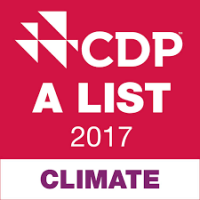 The OEM’s American division has been awarded a Global Leadership position on the list by a leading environmental organisation.

Konica Minolta Business Solutions USA has been recognised by CDP (formerly the Carbon Disclosure Project) and awarded a Global Leadership position on its Climate A List, for the second consecutive year, and the fourth year in all.

CDP is an international, not-for-profit organisation, motivating companies to disclose their environmental impacts and helping to measure, manage, and share vital environmental information. Its Climate A List is a roster of companies recognised as global leaders, based on their actions and strategies in response to the threat of climate change. 112 companies were selected for the list, out of more than 6,200 originally surveyed by CDP.

In 2009, Konica Minolta launched Eco Vision 2050, a long-term environmental strategy which was then expanded upon last year: The OEM added the ‘Carbon Minus’ concept, through which it will encourage its stakeholders, such as suppliers, customers and communities, to reduce CO2 emissions by more than the amount of CO2 the company emits from its corporate activities. This follows Konica’s attempts of achieving an 80 percent reduction of CO2 emissions throughout the product lifecycle by 2050 (from the original level of 2005.) It hopes to have achieved a 6o percent reduction by 2030.