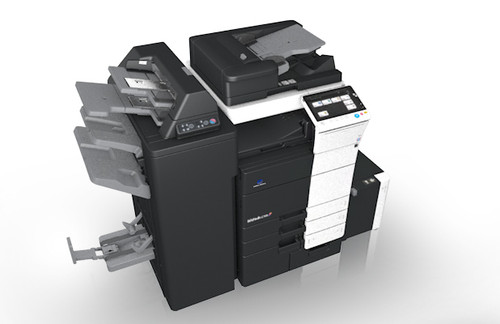 Konica Minolta is looking to move the majority of its production from China to Malaysia in order to avoid the looming US-China trade war tariffs.

The Nikkei Asian Review reports that currently production for the OEM is “split evenly between Malaysia and China” but the company is looking to move more of its MFP production to Malaysia to avoid any tariffs set by the US-China trade war which is currently ongoing.

This move would mean 60 percent of its production would then be produced in Malaysia.

Atsuo Takemoto, General Manager of Konica Minolta’s manufacturing unit told The Nikkei Asian Review: “Two years ago, China was producing most of our printing products, and Malaysia only about 20%, but now [Malaysia] is already making 50 percent, and our target is to increase this to 60 percent.”

The article also confirmed that “more than 20 listed Chinese companies have relocated or expanded manufacturing abroad, or are planning to do so” since the US-China trade war with its announced tariffs started.

Only last month Ricoh announced that it is shifting its Chinese production to Thailand which will mean that all the key MFP products will be shipped to the USA from the Thai factory avoiding any US set tariffs.

Kodak and Fujifilm already moved for exclusion on the tariffs earlier this year as well as Ninestar stating in 2018 its products were exempt.