Konica Minolta announces strategy for A4 printers in India 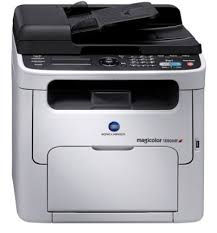 CRN reports that Konica Minolta has unveiled new plans following its success in the A3 printer market in India, with the company now planning to have similar success in the country’s A4 printer market, as well as targeting SMBs after building a “large presence” in the enterprise and mid-market segment of the A3 market.

During 2012, Konica Minolta had a 25 percent share in the colour A3 MFP segment in India and a 17 percent share in monochrome A3 MFPs, with a turnover of Rs 230 crore ($34.7 million/€26 million) in the last fiscal year which it is looking to increase to Rs 300 ($45.3 million/€34 million) this year. 50 percent of the total revenue was generated from the OEM’s office printer business, while the rest came from production printing and MPS.

Over the next two years, the company is aiming to gain success in the A4 market, planning to sell 30,000 units of A4 printers in the current fiscal year alone. It has recently introduced two monochrome A4 printers along with an A4 MFP; while under its colour series it launched two printers and two MFPs.

Said V Balakrishnan, Executive General Manager, Marketing at Konica Minolta Business Solutions, said: “We will leverage our large installed base in enterprise and mid-market to sell our new A4 printer range for their work group and branch requirements. In addition, we will target the SMB segment in a big way with an impressive A4 range starting at Rs 6,000 ($90/€68).”

Seven RDs have already been appointed by the company, including PG Micro Systems for Gurgaon, Anugraha Agencies for Bengaluru and Positive Systems for Kochi; and the OEM also plans to appoint five regional channel managers in due course.