Kodak CEO to step down 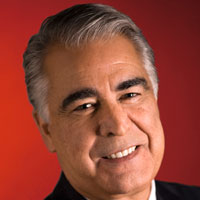 Democrat and Chronicle reports that Antonio M. Perez will relinquish his role as CEO of Kodak after the company exits bankruptcy and a successor is named, although he intends to leave in a year should no one be named in that time. He will then serve as a consultant for up to two years.

Kodak said that it expects its emergence from bankruptcy to be completed by the end of September, stating that Perez’s leadership of its post-bankruptcy management team “will ensure continuity” and that the team “has the expertise to continue the implementation of the company’s business transformation”.

Perez joined Kodak as President in 2003, and became CEO two years later. The company began a four-year restructuring plan in 2003, resulting in thousands of lay-offs and the selling off of business lines such as health imaging. It was during Perez’s leadership in 2012 that the company filed for bankruptcy, which has resulted in further job losses, the elimination of health care benefits for retirees and the termination of Kodak’s digital camera and desktop inkjet printer lines.

Kodak’s plans for emerging from bankruptcy set out by Perez have involved the sale of its camera film and document imaging businesses, as well as a new, “almost exclusive” focus on printing technologies.

The OEM reported first quarter profits of $283 million (€214.5 million) this year as it remained on-track to emerge from bankruptcy.