The company exhibited “for the first time” at the IFA 2016 show in Berlin. 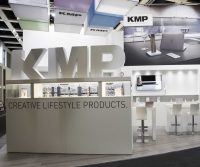 KMP had previously stated that it was “on board” the event, adding that the show offers a “comprehensive overview of the market on an international level”. IFA is the “global leading fair for consumer electronics and electrical home appliances”, and provides new trends “for developers and manufacturers each year”. The show usually sees over 1,600 exhibitors from around 50 countries.

It has now discussed its “premiere” at the show, noting that it showed off its new brand ‘Creative Lifestyle Products’, which it said was “very successful and many people were interested”. In turn, “in addition to the existing portfolio” the company’s team “presented our […] high quality accessories for Apple products”, which it noted had been “exciting”, and it concluded that “we are happy to visit IFA 2017 again after this amazing start”.