The African nation is seeing global firms close sites due to the issue of counterfeit products. 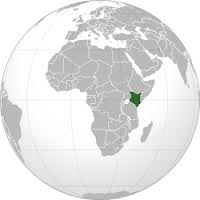 AFK Insider reported on how counterfeiting is “hurting Kenya as [a] destination for global firms” after battery manufacturer Eveready’s subsidiary in East Africa closed its factory in Nakuru last month, one of “many in recent years by multinational firms with operations in Kenya” that “raise a red flag about Kenya’s suitability as an investment destination”.

Two weeks after Eveready’s closure, confectionary manufacturer Cadbury then announced it would close its Nairobi plant, and in the past 14 years other large global manufacturers including Procter and Gamble, Reckitt Benckiser, Colgate-Palmolive, Mecer, Johnson and Johnson and Bridgestone have all closed plants in the country.

Eveready blamed an “unfavourable working environment” but also said it had been “brought to its knees due to counterfeiting”, as “cheap fake” batteries imported from Asia were “choking its business” in Kenya. It had previously implored the Kenyan government to “secure the country’s borders and ports, strengthen quality checks and curb counterfeits”, but said that these complaints “fell on deaf ears and [were] not acted upon”.

With counterfeit imports persisting “unchecked”, Eveready saw its annual production “fall sharply”, with Managing Director Jackson Mutua telling AFK Insider that “at its peak” the factory had produced 180 million D-size batteries a year, in 2004, but that this figure dropped to 40 million by this year.

Mutua said that “illicit traders import their products illegally and therefore they do not pay taxes like the rest of us. They are therefore able to set prices of their products at even half the price of our batteries. Our main customers who are low-income earners are very price sensitive and they are attracted by these lower prices”.

The Recycler has previously reported on HP’s fight to stop cartridge counterfeiting in Kenya, with a new technology introduced in August 2012 followed by a raid this July, which saw authorities confiscate 10,000 fake HP components.

AFK Insider points out that Eveready’s pleas to the authorities “were not far-fetched”, as the Anti-Counterfeit Agency stated in 2013 that counterfeits had cost the economy $778 million (€618 million), with the most-affected products including electronics, cables, pharmaceuticals and mobile phones.