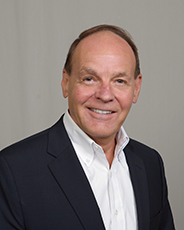 Katun Corporation has announced that Ronald Petrucci has been appointed Vice President of the Katun North America Office Equipment Channel.

Petrucci has previously held several executive sales and marketing positions throughout his career in the imaging industry, most recently as Senior Vice President Business Development at Clover Imaging Group. In his new role at Katun, he will have oversight and direct responsibility for all North America Office Equipment Channel operations.

“We are very excited to have Ron join Katun’s management team,” said Katun President and CEO, Bob Moore. “He is an extremely knowledgeable, hard-working individual with decades of experience in every facet of the imaging industry and a proven track record in increasing revenue and organisational profitability. We’re expecting great things from Ron and are confident he will lead our North America Business Unit team to even greater success in growth, productivity and profitability.”

“Katun is an established, highly-regarded name in the BTA channel and I look forward to accelerating our growth,” added Petrucci himself.

Petrucci has held top executive positions in many of the imaging industry’s top organisations, including Panasonic Office Imaging, Kyocera Mita and Danka. In addition to 25 years of industry experience, he holds a Master of Business Administration degree in Marketing from Arizona State University.