Joe Wagner, a veteran of 20 years in the industry, has returned to Katun having held other roles there before. 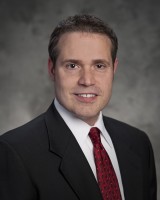 Wagner’s 20 years of imaging industry experience include other roles at Katun, such as Director of Printer Business Development, Vice President of Corporate Marketing, and General Manager of the North America business unit. His new role, effective as of 24 February, will see him work as Senior Vice President of Operations, with “oversight and direct responsibility of all of Katun’s operational departments, including commercial operations, corporate marketing, global supply chain, and product development”.

Wagner also has a Bachelor of Science degree in Marketing and Finance in addition to a Master of Business Administration degree in Marketing, with both degrees coming from the University of Minnesota’s Carlson School of Management. He stated that “I am thrilled at both the opportunity and challenge that this position represents, and believe that Katun and its operations teams are strategically aligned to add additional value for our customers”.

Bob Moore, President and CEO of Katun, added: “We’re very excited to have Joe return to Katun. In his previous experience at Katun, Joe was known for his strategic vision, effective execution, and unsurpassed work ethic. We’re expecting more of the same, and are confident that Joe will lead his operational teams – and the company – to greater heights in efficiency, productivity and profitability.”