IT workers leaving HP to join nearby automaker 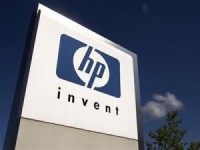 OEM continues to cut jobs as 18 key IT employees leave for jobs at General Motors.

Computerworld reports that HP is still on target with its restructuring goals, with the OEM cutting five percent of its workforce between the end of 2011 and 31 October 2012, and many of its IT employees looking to automaker and HP customer General Motors (GM) for jobs.

18 of HP’s former key IT employees have reportedly joined Texas-based GM after leaving “en masse and without notice”, with more from HP’s Austin IT services unit expected to follow suit following GM’s hiring of 500 IT positions in the area to staff a new IT centre.

HP has reportedly filed a case to the Texas state court asking permission “to depose two of its former IT managers who left for GM” under suspicions that their contracts may have been violated under a clause that allegedly prevents them from soliciting HP employees; with the court filing reportedly stating that “HP strongly suspects that something other than mere coincidence will explain the en masse departure, on the same day and to the same place, of 18 employees working within the same organisation”.

Also in the court papers, HP stated that the unexpected departures of the 18 employees in November “affected at least four teams” within its organisation and that it “expects that additional resignations will follow as the departed employees will likely seek to build out their teams by filing in with subordinate employees from HP”.

Last year, HP announced that it would be cutting around 29,000 jobs, or eight percent of its workforce as it attempts to restructure and cut costs, with the company already cutting 17,800 jobs by the end of last year.