ISC voices doubts over US tariffs 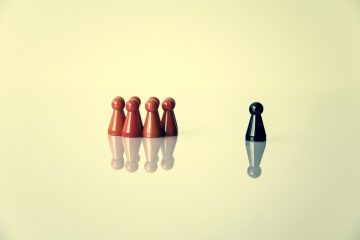 Following the rekindling of the trade war between the US and China, the Imaging Supplies Coalition has submitted an exclusion request amid fears that President Trump’s tariffs will be “counterproductive”.

Over the past few weeks, trade relations between the two global superpowers have been stretched to their limits due to a proposal by the United States Trade Representative (USTR) to implement an additional 25 percent ad valorem duty on a lengthy list of Chinese-origin products. This list was released following an executive memorandum to the USTR, and includes steel, iron, computer-related equipment and accessories, and printing machinery.

In April, when it issued the list, the USTR gave an estimated trade value for the items of approximately $50 billion (€40.7 billion). China promptly responded with its own list of US products which would also see a 25 percent duty imposed – and the seeds of a potential trade war were sown.

Following a temporary truce toward the end of May, when the USA announced that its tariffs would be “postponed”, relations between the two countries have once again broken down. As Bloomberg reported, “President Donald Trump has threatened to impose duties on as much as $150 billion (€127.9 billion) in Chinese goods to punish Beijing for alleged violations of intellectual property.”

Amid fears that these tariffs will result in American consumers being forced to pay higher prices for such common household items as mini-refrigerators, monitors, televisions, and printing supplies, high-profile figures in the printing industry are expressing their concerns.

HP Inc., for one, “is seeking exclusions for tariffs on imported ink and toner cartridges” and Andy Binder, the Vice President and General Manager of Hewlett Packard’s Office Supplies Solutions business, said “broad-based tariffs would still allow knock-off products to enter the US”.

Similarly, the Imaging Supplies Coalition has issued a Section 301 Exclusion Request, due to concern that “the implementation of broad based tariffs aimed at a specific country will be ineffective and counterproductive”.

The ISC’s reasons for these concerns include the unlikelihood of reducing Chinese imports “in the near- or medium-term”, as well as the worry that the tariffs could “reduce productivity” in the USA as printing systems “are an essential component of the information technology infrastructure of virtually all United States businesses, universities, schools, and government offices.” The Coalition expressed the view that restricting access to Chinese-origin parts and supplies “would simply place an unnecessary tax on these institutions, and those who depend upon them.”

The ISC also explained that “the proposed tariffs on printer parts would be counterproductive to economic growth generally”.

As a result of these fears, the Coalition stated that “the imposition of such tariffs should be selected carefully”, adding that “printer parts and accessories would not be a good choice for retaliation” and “respectfully” recommending that these items be removed from the proposed product list.

It concluded its exclusion request by citing a recent study conducted by Trade Partnership Worldwide LLC which estimated “that the tariffs would cause U.S. consumers to pay $529 million (€451.1 million) more than they now pay for cartridges”; as a result, the tariffs would negatively impact the country’s economy by $180 million (€153.5 million).