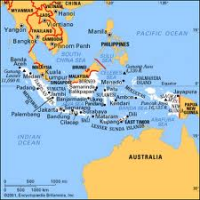 International Data Corporation (IDC) reports that 8.4 million units of inkjet cartridges were sold in Indonesia during 2Q12 – an increase of 21.6 percent on the same quarter last year.

A number of reasons have been given for the increase, including strong foreign investments, an increase in the number of SMBs and a rise in income levels, meaning that more business and households are beginning to invest in printers.

IDC claims that inkjet cartridges in general are much preferred by Indonesian customers than toner cartridges, with ink cartridges holding almost 90 percent of the market share due to them being cheaper to purchase.

Of the total units of ink cartridges sold in Indonesia during 2Q12, six million or 71.5 percent were compatible brands, although OEM products held 77.1 percent of the total market share in terms of value due to price differences.

The proliferation of compatible ink cartridges in the region is indicative of the growing number of vendors producing compatible cartridges in Indonesia, who are also claimed to be improving the quality of their products and expanding their customer base. As a result, IDC predicts that the sector will maintain its market size in the near future.

In particular, continuous ink supply system (CISS) vendors are reported to be showing strong growth trends, with nearly 47.3 percent of the inkjet consumables market – a year-on-year growth of 38 percent. Marketing through the use of social media platforms, providing increased sales support and offering free accessories to their customers are all listed as contributing factors to CISS vendors’ success in the country.

IDC predicts increased competition between OEMs and compatible cartridge manufacturers in the next few months as focus is expected to shift to providing lower CPP to win customers, with Ikhwan Muhammad, Associate Market Analyst, Peripherals Research, IDC Indonesia commenting: “OEMs are now challenging aftermarket players on print cost per page (CPP). They have launched printers with ink tank systems as well as economic consumables, which have reduced CPP and initiated a war for market share particularly in the inkjet business.”