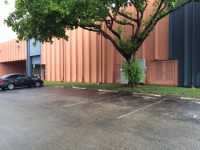 The toner manufacturer has opened Indian Toners U.S.A. Company in Florida to “service the huge market of the Americas”.

The company revealed that it has established a “wholly-owned subsidiary” in the USA – Indian Toners U.S.A. Company – in Florida, with the subsidiary established “in order to service the huge market of the Americas”, and set to “cater to all the South, North and Central American countries”. A warehouse has already been set up and will stock “all the popular products in customised as well as bulk packing to cater to the American market”.

Alan Kronstat, who was recently hired by Indian Toners, will head the US operations as General Manager. Kronstat has over 20 years of experience in the industry, having worked for AQC Group and AQC LLC, and can be contacted at alank@indiantoners.com.

Finally, the company is also expanding its capacity to 3,600 metric tonnes per annum with a new production line, which will have the capacity to “produce 600 metric tonnes of toner per annum”. Indian Toners noted that this will be the sixth line installed “apart from an exclusive R&D line”, making a total of seven. Expansion work is “under progress”, and installation should be complete by next January, with commercial production starting by February 2017.