Indian e-waste targets to be reduced 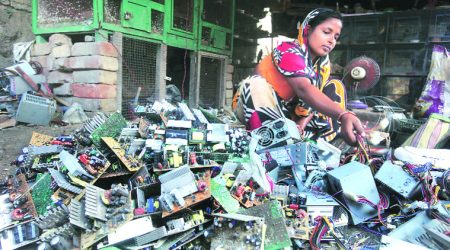 The country’s Environment Ministry is proposing to reduce e-waste collection targets for industries.

According to the current rules, which were instituted in 2016, “firms concerned are supposed to ensure collection of 30 per cent of generated e-waste during the first two years of the implementation of the rules” and “40 per cent during 2018-19 and 2019-20.”

Experts have offered the view that these proposed changes “could be a result of issues raised by the electronic giants” who “were largely unable to comply” with 2016 management rules and fixed targets.

Earlier this year the Central Pollution Control Board served notices to over 200 electronics manufacturers for failing to comply with “e-waste procurement norms.”

This inability to effectively cope with e-waste is a growing concern as India is currently the “fifth largest generator of e-waste globally”.