Version 2 follows success of its first iteration released earlier in the year.

MPS specialist In Map has announced 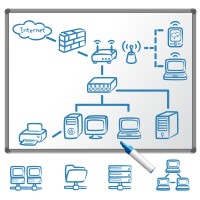 the launch of the second version of its MPS assessment software, coming after the release of the first iteration earlier in 2012.

In Map states that its MPS assessment software was “very well received” by the MPS community, and has since added a number of new functions to increase the automaton of the processes of an MPS assessment and automatic reporting.

Current functionality of In Map assessment software version 1 includes the displaying of detailed printer asset information in order to assist the audit process for the initial placement of devices at a customer’s premises, and automated MS Word and PowerPoint reports delivered from the system and designed for presentation.