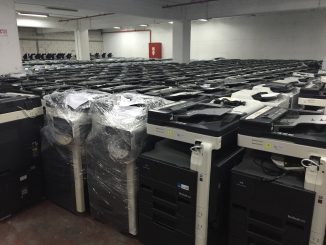 The company has announced that, due to the rapid growth of its product sales in the Israeli market, HYB is extending its agreement with its national distributor.

In February 2015, HYB signed an agreement with Israeli-based Copy 1, making the company its sole distributor in the country, a move which subsequently grew HYB’s turnover by 14-20 percent per year.

As a result, HYB has opted to extend its distributor agreement with Copy 1 for another 3 years.

2018 has been a fruitful year so far with HYB, with the company announcing a new Zimbabwean distributor, as well as opening its first multi-functional hall in South America and revealing the signing of a new distributor in Italy.