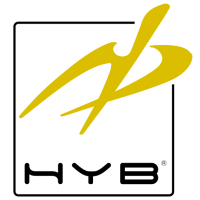 The two companies have announced the formation of a strategic partnership, which involves the “bonding” of both their products and their distribution channels.

HG is a bulk toner manufacturer specialising in toner for use in laser printers. Using German toner production lines, the company produces 13,000 tons of toner per year.

HG’s partnership with HYB has “set a precedent in the industry”, according to HYB, as it marks the first occasion on which a laser toner manufacturer has partnered with a manufacturer of “copier consumables and spare parts.”

This new collaboration is another piece of positive news for HYB, which has already reported a successful appearance at this year’s Paperworld and added a new staff member to its South American sales team.