A shareholder lawsuit targeting the HP board for approving former CEO Mark Hurd’s severance pay has been dismissed. 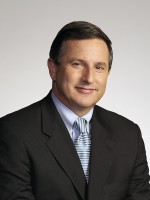 against HP directors regarding the $40 million (€32 million) largess of former CEO Mark Hurd’s severance pay has been dismissed, reports Reuters.

Zucker claimed that agreeing to the large severance wasted company money when the board was capable of firing Hurd and paying him nothing.

Although Judge Donald Parsons, Delaware Chancery Court, conceded that the amount “may appear extremely rich or altogether distasteful to some”, he wrote that the directors had acted in good faith. Judge Parsons noted that the severance could have been considered payment for past service and Hurd’s involvement in the transition to Leo Apotheker’s reign as CEO.

The case was delayed due to a separate legal conflict concerning a letter distributed from Fisher’s laywer Gloria Allred that contained a detailed summery of the meetings between Hurd and Fisher, with Hurd repeatedly attempting to press Fisher to engage in sexual intercourse.