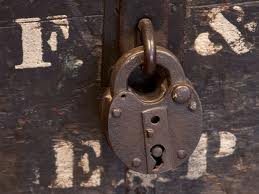 The OEM has issued its latest firmware upgrade, this time for its range of inkjet printers, timed to coincide with the release of updated cartridges, causing problems for remanufacturers.

The Recycler has learnt that HP has updated its firmware for Officejet printers which use the 905 and 955 series cartridges. The timing of this coincides with HP’s recent upgrading of a plethora of its ink cartridges, which began last April; the 63, 65, 123, 302, 304, 652, 664, 680, and 803 ink cartridges have all received an upgrade, yet the cartridge numbers remain the same as the pre-upgrade versions, causing potentially huge confusion.

This will potentially lock out any aftermarket cartridges that fall into the ‘old’ category, with the confusion added to by HP’s decision to retain the same index numbers for the new cartridges as they did on the old ones.

HP’s guidance in finding out if cartridges are the updated model, or the old model with the same number, is to look for a line above the list of compatible printers on the side of the cartridge’s packaging, with the line signifying the updated cartridges.

Similarly, you can check the Warranty End date printed on the cartridge itself against a list on HP’s website, to determine the status of the cartridge.

The development will worry remanufacturers and other aftermarket businesses, who will suffer the double-pronged attack of upgraded cartridges and a new firmware barrier. As recently as the end of June, the OEM released a firmware upgrade for its M602 and M4555 series of printers, whilst earlier this year, HP Australia was forced to compensate customers who had suffered as a result of its firmware updates designed to block the use of third party cartridges.

HP has also been taken to court in America over its firmware updates, with legal proceedings being initiated by Girard Gibbs LLP, who alleged that HP had “intentionally sabotaged customer printers” and sought restitution and an injunction.