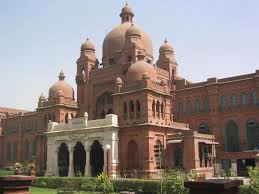 Pakistan Today reported on the raid conducted by police teams in Lahore on behalf of HP, which have seen the seizure of 25 counterfeit ink cartridges, 190 counterfeit toner cartridges and 36,265 components used to make counterfeit HP cartridges.

The raids also resulted in the arrest of one individual who “will be subject to criminal prosecution”.

David Llamas, Global Brand Protection and Anti-Counterfeiting Manager, Printing and Personal Systems at HP, said: “Our commitment to our customers is the driving force behind the vigilance of our anti-counterfeit team, as we understand how the sale of counterfeit HP products negatively impacts our customers and the HP brand.

“With counterfeit HP print cartridges, customers purchase what they often assume to be a genuine HP product, but they instead receive a cartridge that provides them with inferior print quality at best and often times a cartridge that fails to perform at all.”

HP claims that its anti-counterfeiting programme in the Asia Pacific region has led to over 25 million units of counterfeit cartridges and components being confiscated over the last four years; and on a global level the company says it has conducted more than 4,600 investigations in 88 countries over the same period, resulting in the seizure of over 36 million counterfeit cartridges and components.

As part of its action against counterfeiting, HP has “alert[ed] and educat[ed] customers on how to identify counterfeit printing supplies” as well as introducing technology in their products and cartridge packaging to help with the identification of counterfeit supplies.

The Recycler has reported on a number of HP raids, including what the company claimed to be the “world’s largest” counterfeit cartridge seizure in the UAE in June. However, the OEM came under fire earlier this year after Delhi computer consumables dealers claimed to have been wrongly harassed by the company during some of its raids across the city.