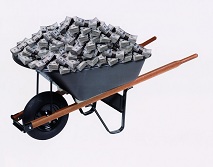 The OEM has published its latest results for the fourth quarter of 2018, as well as its Full Year finances.

“Our results once again demonstrate HP’s consistent performance with full year non-GAAP EPS growth of 22 percent year over year and free cash flow generation of $4.2 billion (€3.6 billion),” said Dion Weisler, President and CEO, HP Inc. “These results reflect our continued innovation across the portfolio and sharp execution across segments and regions as we position HP for continued long-term sustainable growth.”

HP’s key messages for the printing segment were that it had experienced “consistent year-on-year revenue growth in hardware and supplies and in strategic areas”, such as A3, MPS and Instant Ink. The OEM also cited its continued investment in hardware placement, which “drove strong unit growth”, and noted the expansion of its Multi Jet portfolio, the acquisition of Apogee, and other new developments such as its new Tango smart home printer and the 2nd edition of Sprocket.

In terms of region, the Americas generated 44 percent of HP’s net revenue for 2018, the EMEA region was responsible for 35 percent of net revenue and the Asia Pacific region for 21 percent.