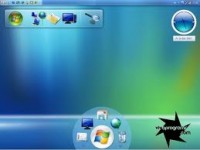 announced plans to restart production of consumer tablets although the new models will not run on its previously suspended WebOS platform, reported Bangkok Post.

HP is said to have been in collaboration with Microsoft for some time regarding the release of a Windows 8 tablet, and in October 2011 HP spokesperson Marlene Somsak remarked: “We’ve definitely said we’ll continue in the tablet market, though we have discounted hardware for webOS.”

HP continues to produce HP Slate 500 tablets, running on Windows 7, for the enterprise markets and verticals, including hospitality and medical industries.

In February 2012, HP shed 275 positions from its webOS division, as the company progressed to making the platform open source and insisted in November 2011 that webOS would continue to be utilised in the company’s printers.