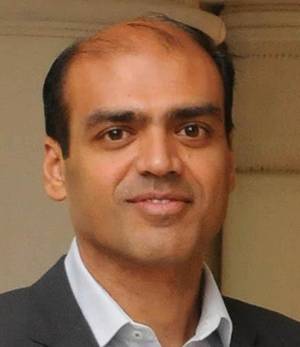 The OEM’s Indian subsidiary is keeping an eye on the country’s SMBs as it seeks to accelerate the growth of its PC and printer business.

According to The Hindu, HP India, which “had a market share of 31% in PCs at the end of September”, is now looking to the consumer and SMB segments “to accelerate growth in its personal computer and printing business.”

“India has always been kind of a shining star within the HP eco-system,” said Sumeer Chandra, Managing Director at HP Inc. India, told The Hindu.

“We are the market leaders in personal computer and print, as per IDC. Our growth trajectory has been quite strong over the past 4-5 years. Our expectation is to accelerate this growth going forward,” he said.

Mr Chandra went on to explain that “growth will depend on the overall economy in 2018.”

“There are talks about government looking to accelerate potential investments. If that happens, and it shows up in the economy, we will benefit from that also.”

He indicated that growth would come “from three broad areas”, with the consumer segment described as being “the big growth engine”.

“Also, with online and offline organised retail getting into tier 2 and tier 3 towns, people are going to spend more money, and they will spend money on technology as well,” he said.

Additionally, HP India anticipates “demand” from SMBs because they are becoming “more digital” due to GST and online commerce, Mr Chandra explained, describing enterprises as going through a process of “digital transformation.”

During the interview, Chandra was asked about the “blurring lines” between consumer and commercial usage, to which he responded, “Today, we have two separate businesses — commercial customer and consumer customer. A day might come when we don’t need that separation.”