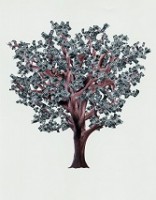 The OEM has published both its full-year and fourth-quarter results for this fiscal year, reporting an increase in net revenue compared to last year.

The company’s fiscal 2017 fourth quarter segment results are as follows:

“Our results demonstrate that HP is strong and getting stronger,” said Dion Weisler, President and CEO, HP Inc. “We posted top-line growth across both Personal Systems and Print, with broad-based, double-digit growth in all three regions, while also growing operating profit and non-GAAP EPS year-over-year.”