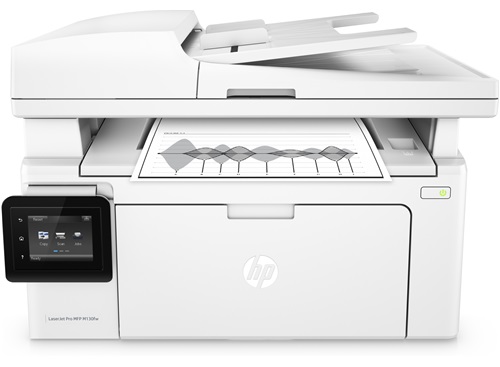 HP Inc announced the new machines, stating that the monochrome devices are designed for “individual and small office use”, and include both single-function and MFP LaserJets, said to be “the most productive of their class” and featuring “15 to 20 percent faster print speeds in each model”. The new single-function M12 series meanwhile is the “first LaserJet printer from HP Inc” that costs under $100, retailing at $99 (€88), while still “provid[ing] legendary and reliable HP quality”.

The M12 is also “one of the smallest laser printers HP has ever delivered”, and along with the M26, M100 and M200 series – which have all been released alongside it – was designed to “support how people work in today’s fast-paced and mobile world”, with productivity “being the key factor”. HP Inc noted that an example of this was that “as many work remote and no-one wants to be tethered to a desk 24/7”, the machines “were designed to be compact” and allow mobile printing “on-the-go”.

This is achieved through HP Inc’s ePrint technology, so customers can “now print directly from their mobile device” directly to the machine “without accessing a company network”, and also, because “time is a premium” for SMBS, each of the new devices has seen “boosted print speeds” by around 15 to 20 percent, while first-page-out time in the M200 series rates at “an unprecedented” seven seconds, making it “the most efficient of its clasess” and “five to 10 percent lower cost per page than its predecessor”.

The devices, the OEM added, can also help businesses save costs on energy bills “while contributing to global sustainability” through its Auto-On/Auto-Off technology, which allows customers to “configure a device to automatically turn on based on day or activity” as well as “heat or time”. The LaserJet Pro M12 and M26, the “smallest and most affordable HP has ever released in their respective classes”, feature speeds of up to 18ppm with text, with the M12 already launched as an online-only product.

Santi Morera, Vice President and General Manager of Imaging and Printing at HP Inc, commented: “Customers love the crisp and clean text they get with HP LaserJet printers, but they want more options at budget-friendly prices. With today’s announcement, HP is delivering some of its most affordable, efficient, mobile-enabled and smallest laser printers ever, perfect for use at home or in a small office.”