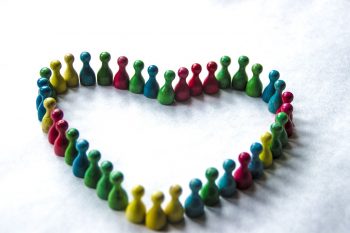 The company has been named Company of the Year for Diversity by CIODive.

HP Inc’s board of directors includes four women and five minority members, “three of which are underrepresented minorities”, while 21 percent of its technical and engineering roles are held by women. Additionally, in 2016, the OEM trained approximately 16,800 women through its worker well-being programs.

According to CIODive, in Silicon Valley “diversity is a neglected task” but HP Inc “is actively addressing the diversity crisis”, hence the award.

“HP is hiring, and talent is our only criteria,” Lesley Slaton Brown, HP’s Chief Diversity Officer, explained to CIO Dive via email.

This approach is to be celebrated in an industry in which less than half of US tech companies “deploy initiatives to diversify the workforce”, as revealed by a 2017 Indeed report. Additionally, around 44 percent of female tech workers have reported experiencing “non-inclusive behaviour”, causing them to feel uncomfortable in the workplace.

Nancy Curtis, HP Inc’s Vice President of Content at Logical Operations, has worked in the industry for over 2 decades and said that while “employers are hiring individuals, they’re not hiring demographics” and her experiences have indicated that the tech industry is an “egalitarian culture”, the fact remains that the industry “historically has skewed to be more male.”

HP Inc sought to disrupt this bias through its “unconscious bias training program” which retrained the people responsible for hiring to “refrain from natural biases that arise with societal norms.”

“Ultimately, we want potential and current employees to be viewed as more than just numbers — we want them to be seen in a more personal, illustrative and human way. Our goal is for people to bring their whole selves into the workplace,” said Slaton Brown.

HP’s “Reinvent Mindsets” campaign was designed to “raise awareness of the ingrained and subtle biases that exist in the hiring process for women and underrepresented groups,” said Slaton Brown.

While CIODive describes the industry in general as still having “some ways to go”, the changes brought about by HP Inc prove that “change is possible.”