HP gets approval for R&D site in Ireland

The site in Galway will support software development, business services and cloud innovation. 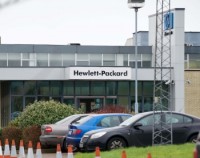 Independent.ie reported that the research and development site, which would feature over 8,000 square metres of space, has been granted planning permission by the local city council.

The three-storey office site, in Ballybrit, would be able to accommodate up to 700 workers, and would focus on software development, business services and cloud innovation for HP’s global offerings, and would be “one of the largest construction projects in Galway in recent times”, according to the newspaper, employing 150 builders for construction later this year.

The site was announced in April by the OEM, with Galway City Council giving the green light in the last week. HP already employs around 4,500 people in Ireland at sites in Leixlip, Dublin, Belfast in Northern Ireland and Galway itself. The pre-existing site in Galway will see its operations moved to the new site, whilst manufacturing will be retained there with 34 staff, whilst the remainder of the 600 employees at the old site will move to the new site.

The council in turn set out certain conditions that the OEM needs to follow, including that it be used as a “specialist [office] which are usually of a significant scale of employment and can have a high element of processing”.

Martin Murphy, HP’s Managing Director for Ireland, stated: “This investment in Ballybrit is an endorsement of Galway as a strategic location of choice for HP and affirms the company’s on-going commitment to its operations in this country.”

The OEM’s site in Erskine, Scotland celebrated 25 years in business earlier this year, whilst in contrast it announced that 850 jobs would go at a site being closed down in Germany later this year.