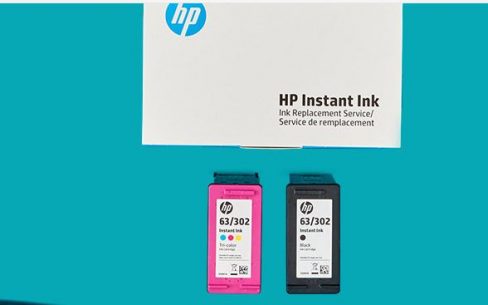 As the company’s website explains, if customers purchase an HP Envy or HP Envy Photo Printer and sign up for HP Instant Ink delivery service within 7 days of the purchase, they will receive 12 months of HP Instant Ink included.

HP describes its Instant Ink service as being a “personal ink assistant” for consumers, with their printers automatically prompting the OEM to send more HP Genuine Ink before they run out. Recycling and shipping are included with the service, says HP, and there are 4 tariffs to choose from, including a free option of 15 pages a month.

HP first launched its Instant Ink programme back in 2013, and the following year garnered a favourable review from a Dallas News journalist, as well as from Nubeprint.

However, the reception hasn’t always been favourable, with The Recycler reporting in 2016 and 2017 that some users were having difficulty with the service. More recently, in early 2019, Josh Hendrickson of How To Geek penned an article on the “hidden cost” of HP’s service.

Nevertheless, a trend was set, and other OEMs have since jumped on the bandwagon, such as Epson, which recently extended its subscription-free ReadyInk service (first launched in 2017) to Germany. Brother also launched its Refresh service in August 2017.

Meanwhile, in the aftermarket, a German company called GeldFuerMuell announced last month that it is now buying empty Instant Ink cartridges. GeldFuerMuell is an empty cartridge collector and broker, which, two years ago, stated it would only be collecting empty OEM cartridges as too many recycled cartridges were being “intercepted.”