HP is said to be contemplating substantial 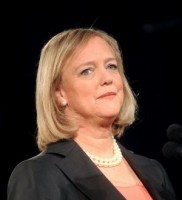 job cuts, with as many as 25,000 jobs to be considered, in a bid to cope with diminishing demand for computers and services, reports Bloomberg.

This follows hints of mass layoffs from HP CEO Meg Whitman herself earlier in May, according to CRN, during a visit to China. Whitman also made similar statements during a post-earnings conference call in February, stating that HP need to “save to invest” and “save to grow”, notes Forbes.

The jobs considered represent eight percent of HP’s global workforce, which currently stands at 324,600. As much as 10,000 to 15,000 jobs in HP’s enterprise services group are included, which Bloomberg sources claim is due to declining profitability.

“Hewlett Packard could make the difficult decision of announcing [a workforce reduction],” Marshall stated, which “would enable investments in strategic, higher growth areas.”

Sources to Bloomberg and Forbes have requested anonymity, as the plans “aren’t final and may change”.