Happyprinting starts in the Philippines 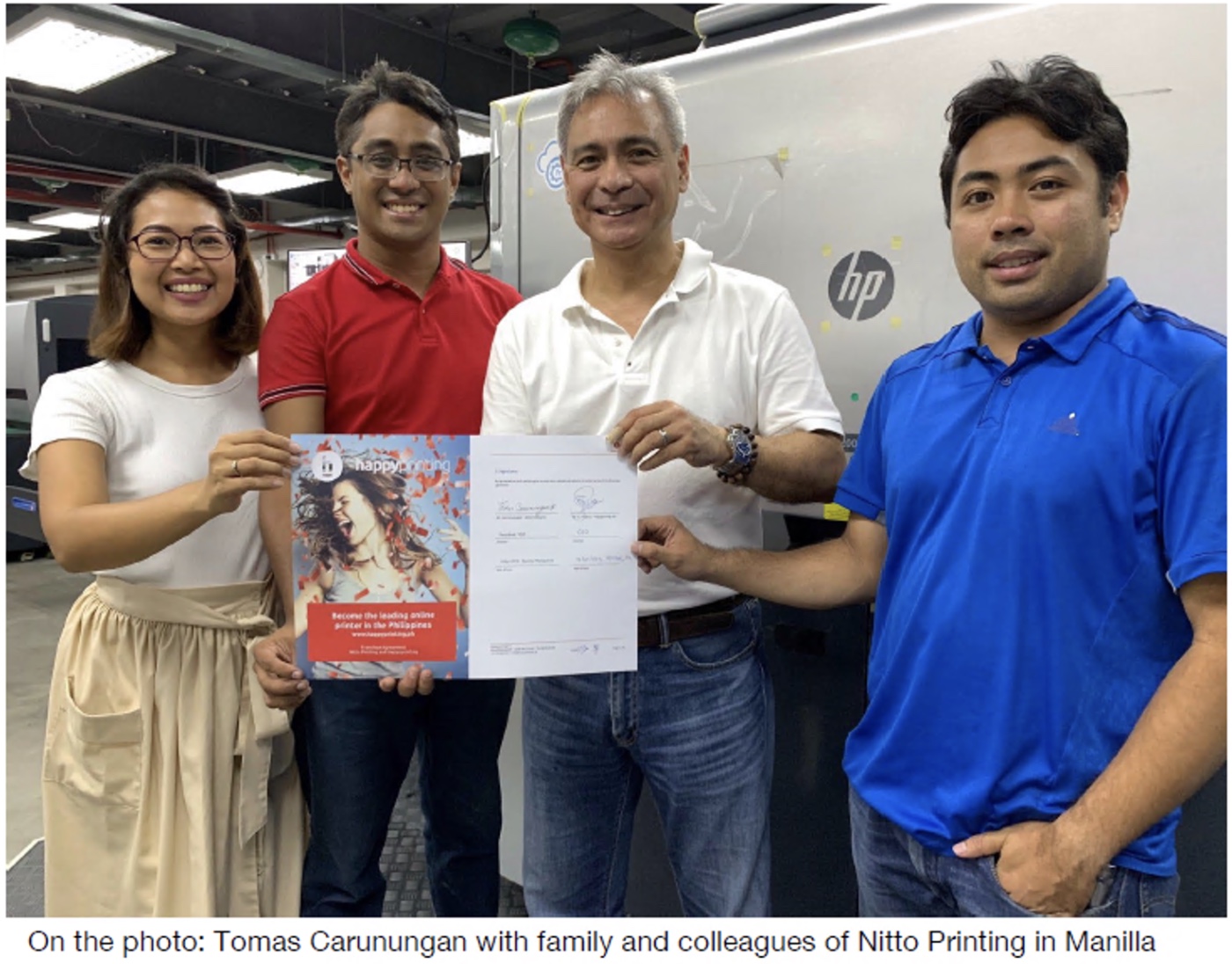 Happyprinting is announced its latest franchise agreement rolling out its partnerships to the Philippines with Nitto Printing in Manilla, following on from Japan and Bulgaria.

According to Happyprinting, the Philippines counts for a population of 107 million people with a median age of 23 years old. The economy is growing with 6.5 percent to a GDP of $354 billion (€317 billion). Print is big, while online printing is still underdeveloped, creating the enormous growth potential.

Tomas Carunungan, CEO of Nitto Printing: “We are very excited to cooperate with Happyprinting and introduce online printing to the Philippines. Together we will make it so much easier to order great printed products by using the internet. The passion and determination of the Happyprinting team to make it a success and the benefits of being part of the international Happyprinting network have been decisive to join Happyprinting.“

Sven Rusticus, CEO Happyprinting: “It’s a great honour to work with the people of Nitto Printing. Nitto Printing is a very experienced and renown printing company with a clear focus on quality and service. There is a great personal and cultural fit between the companies, and we are both very committed to introduce Happyprinting successfully in the Philippines.”

As well as the new franchise partnership, Happyprinting received support from Hewlett Packard to enter the Philippines market. As official Business Partners, HP assisted in the creation of the partnership between Nitto Printing and Happyprinting. Following other international partnerships, Happyprinting utilises the expertise of local printing partners, equipped with HP Indigo presses and offset printing capacity. This business model creates the opportunity for Happyprinting and its partners to launch quickly in new markets at low cost.

“And we have an exciting road ahead of us.”, according to Jean-Pierre Meijer, COO of Happyprinting. “The world is our market and it’s our ambition is to be active in 20 countries within two years after we have started this adventure.”