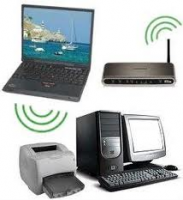 Inkjet remained the dominant technology in the hardcopy peripherals (HCP) market, with a 61 percent share in 3Q12, and the wireless inkjet segment in mature markets underwent a one percent year-on-year growth. However, inkjet technology contracted 15 percent compared to the same quarter in 2011.

An eight percent decline was recorded in 3Q12 for laser devices, which has a share of 35 percent of the HCP market, but wireless laser segment saw a growth of nine percent in emerging markets and 22 percent in mature markets.

The leading vendor in the total HCP market was HP with a 37.3 percent share, despite this dropping from a share of 42.9 percent the year before and the company having a year-on-year growth of -24.1 percent in 3Q12. HP’s wireless segment also declined by 16 percent in 3Q12.

In contrast, Canon, which is in second position in the HCP market, saw an increased market share of 20.9 percent – a three point increase from the previous year. Canon’s wireless segment also grew by 48 percent in the same quarter. However, this was beaten by Epson’s 69 percent growth in the segment.