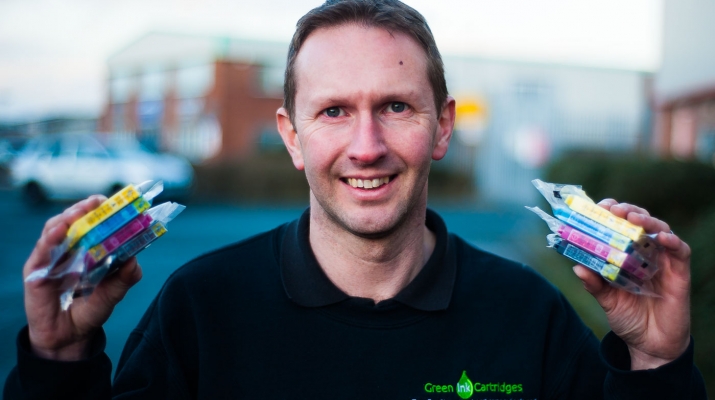 The Harrogate business recently gave away an iPad as part of a business promotion.

Harrogate Advertiser reported that as part of Green Ink’s business launch promotion, an iPad was offered as a prize by owner Chris White. Green Ink, which was launched in 2014, has recently moved back to Harrogate, and refills and remanufactures ink and toner cartridges as well as providing other print services.

White commented: “We’ve invested in all the machinery to clean and refill all types of cartridges and we’re now one of the few companies left refilling. Refilling is the greenest way to buy a cartridge hence the name Green Ink. The ink industry is a hard, competitive market but I think if we offer something different and a great service hopefully the people of Harrogate will be happy to shop local.”

Jackie Heptinstall was the lucky winner of the iPad, which was worth £240 ($297/€276). The Recycler reported in February  that White was opening the shop in Harrogate, where he will work alongside Dave Clement. Both men have a background of working in “the toner and printer ink industry”, and are hoping to successfully break in to the printer cartridge industry in the UK, which is said to be worth millions.