A number of manufacturers have begun to take a lead in working towards a circular economy. 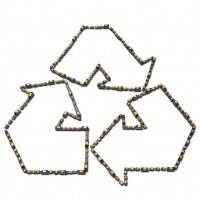 Marketing Week reported on the moves towards implementing a circular economy model through governments and businesses, with some brands “pushed towards” rethinking manufacturing, and governments promoting the idea that “recycling is about to get serious”.

The site notes that with the world’s population set to increase to nine billion by 2050, the “strain on natural resources is ever-tighter”, with the circular economy the “latest buzz phrase” to describe an “ideal economic system in which all products and industrial activities are recyclable”. It adds that the idea is “a direct challenge to marketers to devise alternative strategies” to products having a defined lifecycle, meaning they would need to consider eco-design from the outset.

One manufacturer seeking to “take a lead” is Philips, which has “set up a circular economy team to focus on innovation”, with ideas including “repurposing old components in its healthcare equipment business to build new products”, and a target of “using 3,500 tonnes of recycled plastics in its consumer electronics division in 2015”.

The idea of going beyond corporate social responsibility (CSR) was also addressed, with the site noting that “sustainability should permeate every aspect of a company’s activity, from the products it makes to the energy it uses […] undertaking these kinds of process improvements will create savings across [businesses] that will ultimately benefit the bottom line”, with management consultants McKinsey & Company claiming businesses “could derive” over $1 trillion (€773 billion) of value each year “from materials that are presently deemed to be waste”.

Marketing Week points out that many governments are implementing or investigating the circular economy, with the European Commission’s Towards a circular economy: a zero waste programme for Europe report published in July with the aim to develop “new business models, eco-design and industrial symbiosis [that] can move us towards zero-waste”, alongside pledges to increase packaging waste recycling to 80 percent and lower food waste by 30 percent by 2030.

One recent example is the French government’s move in August to “compel electronics retailers in the country to make space in their shops so that consumers can drop off old devices such as mobile phones, toasters and kettles for recycling”. UK MP Laura Sandys also proclaimed the circular economy model in July, as The Recycler previously reported.

Whilst Marketing Week’s article notes that “such reports are unlikely to herald a sudden regulatory overhaul […] they do, however, show that the circular economy has become part of the mainstream political discourse, and is likely to prompt a gradual creep of measure that brands must adapt to”.