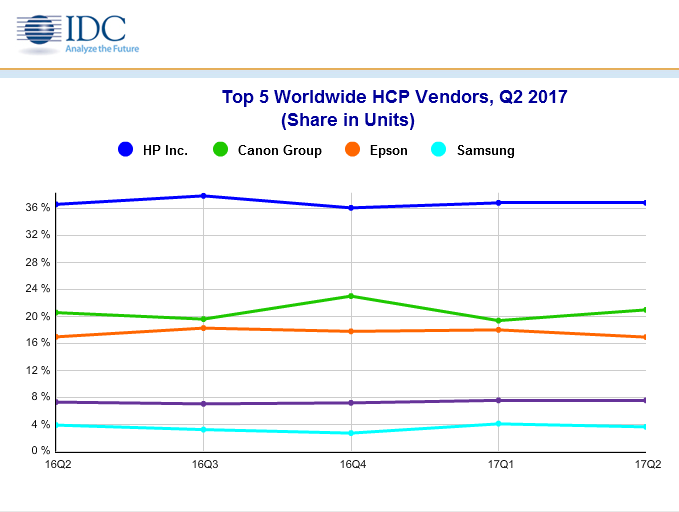 According to IDC’s in the Second Quarter, According to IDC Worldwide Quarterly Hardcopy Peripherals Tracker also in the second quarter of 2017 the HCP market grew.

Inkjet and laser unit shipments both expanded in the quarter, growing 2.9 percent and 1.7 percent year-on-year, respectively.

Brother enjoyed the largest year-over unit gain, increasing 4.6 percent to more than 1.7 million units shipped. This was largely due to its strong growth within the Asia/Pacific (excluding Japan) region where it changed its channel strategy to provide a wider range of products to its office automation channel partners.

HP Inc. enjoyed 1.3 percent year-on-year growth in global shipments with a particularly strong performance in Western Europe and Asia/Pacific (excluding Japan). HP’s growth was propelled by an online promotion event and the expansion of tier-three channels that had allowed it to capture the growth in demand from the significant increase of new businesses in the SMB segment.