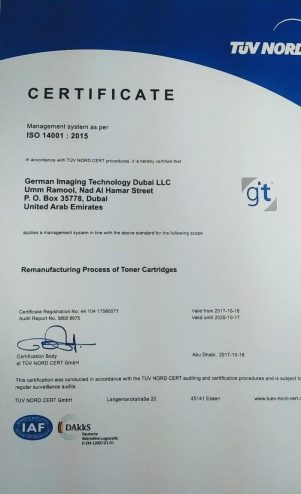 German Imaging Technologies (GIT) Dubai LLC has announced the acquisition of the ISO 14001:2015 certification for sustainability.

The company’s CEO, Dr Sassan Dieter Khatib-Shahidi, broke the news, offering his heartfelt congratulations to his team on obtaining the certification, “underlining our commitment to sustainability.”

As Khatib-Shahidi explained, the certification was acquired by GIT “without the assistance of consultants”, and the CEO said he was “proud of the maturity of my team.”

GIT has been enjoying another successful year so far, having already been awarded an export certification, extended its partnership with WWF, formed a new partnership with Canon, and scooped an accolade for regional business excellence.