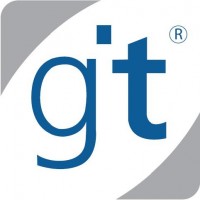 The remanufacturer has launched its products on Souq.com, an online store that sells a large range of products at competitive prices. Khatib-Shahidi said that “it[‘s] never been [this] easy to become green”, at a lower cost, while Souq.com is “driven by smart technology” and is designed for online shoppers who want goods delivered to their doorsteps.

The online service is said to be “exceptional”, making shopping easier. GIT’s new partnership with the online store broadens the company’s reach for its products, and it reported earlier this year that it continues to expand, announcing that it was looking to hire a new Reseller Management Manager for its LION brand.

Last year, the company opened a new East African subsidiary, and planned an expansion, which it later reported on the success of. Recently, it confirmed that it had joined a United Nations (UN) sustainability initiative to “align their strategies and operations with universal principles and human rights”, and was shortlisted for the 100 Greatest Brands for Asia-GCC, as well as being interviewed on local radio in Dubai.