The German empty cartridge collector and broker has revealed it is now buying empty Instant Ink and Setup printer cartridges.

The company, which was founded in 1998, specialises in the “recovery and marketing” of old toner and printer cartridges and drum units, reimbursing the seller for the recyclables, according to purchase price.

Its latest announcement was followed by a brief explanation of the different between Setup and Instant Ink cartridges and standard printer cartridges. Setup cartridges are those supplied by manufacturers such as Epson and HP to work alongside a new device; they contain “very little” ink, intended only to help a user set up their machine and capable of creating “no more than a few pages, due to their small capacity.” Their chips contain special information required by the printer for setup and initialisation, with the devices unable to initialise without one of these special setup cartridges. 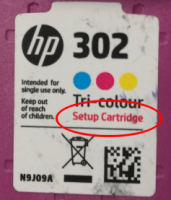 Instant Ink cartridges, on the other hand, were created by HP Inc., and GeldFuerMuell describes it as “a kind of printer cartridge flatrate”, with the OEM offering different rates for occasional printing, moderate printing, and frequent printing. The cartridge’s chip constantly sends information regarding its ink level to the printer, and then on to the manufacturer or distributor, meaning HP can send new cartridges to the user as soon as they run out.

Two years ago, GeldFuerMuell announced it would only be collecting OEM empty cartridges, as too many of the recycled cartridges were being “intercepted” and refilled by DIY refillers.

“Further processing and reuse of these products is no longer possible,” the company said at the time, “at least not among the quality standards that we set ourselves as a benchmark.”