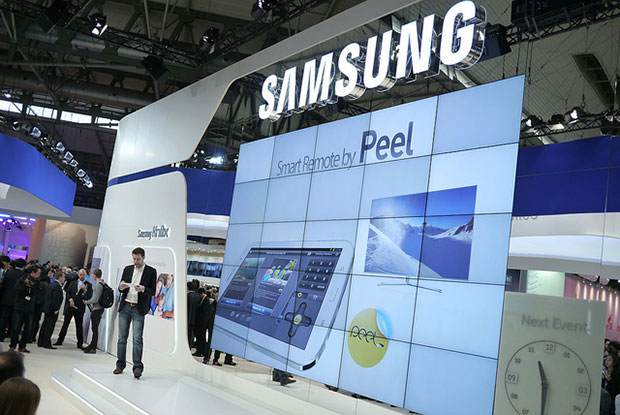 Samsung has shared further information on the acquisition, including details about warranties, cartridges, MPS and more.

The OEMs agreed on the deal in September, with HP Inc acquiring Samsung’s printing business for $1.05 billion (€932.8 million). The Recycler reported beforehand that Samsung was mulling over a $1.8 billion (€1.6 billion) sale to HP Inc, after the Seoul Economic Daily outlined Samsung was “considering selling its printer business” as it “shifts focus to its core businesses”.

Both companies gave further details at the time, specifically on how it might affect Canon, with Samsung shareholders approving the deal in October. In November, Samsung also spun off the printing unit as S-Printing Solution Company ahead of the deal’s approval and closure, expected in 2017.

Wirth Consulting has now given more information from Samsung’s perspective, with “key details” consisting of information on “Samsung printer/MFP warranties, purchasing consumables, its MPS programmes, and the fate of its Smart UX Centre Android-based control panel”. The OEM has already “begun taking various steps to complete the acquisition” with the S-Printing Solution Company creation, with the deal only awaiting “regulatory permissions”.

As previously revealed, HP Inc will acquire S-Printing Solution Company “and all of its printing assets, as well as its staff, patients, and research facilities”, but it will be “business […] as usual” until the deal is completed, Samsung noting that the two OEMs will be “effectively operating as competitors for the remainder of this year and until the second half of 2017”. All existing Samsung products “will continue to be sold under the Samsung brand name” until the second half of 2019, it also noted.

Samsung will “continue to sell supplies and SVC parts for a further five years” after the deal is completed, but “after that point” all printing products and services created “will be sold under the HP Inc brand”. From the second half of next year, the two OEMs will “effectively become two brands within a single corporation”, while customer service “will be continued for all printing products previously sold under the Samsung brand name, even after the acquisition”.

Samsung printers and products will still be available on Samsung’s website as well as in shops, and will be “available for two years after the deal is finalised”, while toner “will also be available from Samsung online outlets for five years after the deal is finalised” – on this point, the OEM added that “looking further ahead, discussions on this matter are currently ongoing as we look for a solution that will put our customers’ convenience first”.

On product costs, Samsung “currently has no plans to change” these, but added that “customers should bear in mind that all pricing is decided based on market conditions and sales policy, so is therefore subject to change”. Discounts previously agreed “will be honoured” by HP Inc, and “will remain in effect through to all previously agreed-upon end dates”, including product warranties, service parts supply deals, and “arrangements regarding consumables”.

HP Inc is expected to continue to provide the “highly innovative” Samsung Smart UX Centre, with Samsung noting that “the aim is to continuously develop and improve” it with new apps, while it will also “continue to maintain and enhance” its Printing App Centre, provide “mobile- and cloud printing-related services” and allow app downloads, with a new App Centre launching in 2017. Finally, Samsung’s plan to “expand” its MPS programme will continue “as originally planned”.