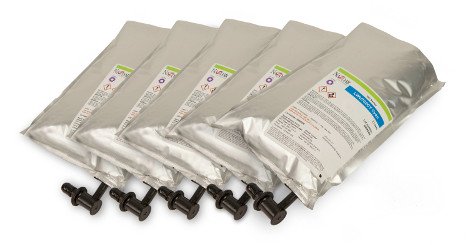 Nazdar’s appeal was rejected by the Appeal Court in Düsseldorf, with the ruling confirming two previous judgements made in Fujifilm’s favour.

Image Reports Magazine reported that the appeals filed by Nazdar and its German distributor Zaro were rejected and fully confirmed the previous judgements against Nazdar’s UV inkjet inks 702 & 703 series.

Fujifilm first filed the lawsuit in Düsseldorf in 2017 against Nazdar and its German distributor alleging infringement of Fujifilm’s UV ink patents EP 1 803 784 B3 and EP 2 383 314 B with Nazdar’s alternative UV 702 or 703 series inks are for Océ Arizona and Fujifilm Acuity printers.

Nazdar and Zaro also lost the first appeal, which reconfirmed the first judgement made in Fujifilm’s favour, this second appeal confirmed the same in October 2019 which means Nazdar and Zaro “remain injuncted from offering, bringing into the market and use of patent infringing UV inkjet inks in the future in Germany and are sentenced to pay damages and render account”, Image Reports Magazine reported.

Rob Fassam, R&D Director at Fujifilm Specialty Ink Systems (FSIS) told Image Reports Magazine: “I am delighted that the Higher Regional Court in Dusseldorf has confirmed our position and the first instance judgement. This sends a clear message to anyone thinking of infringing our intellectual property.”

“We invest significant time and resource developing new and exciting technology that benefits the inkjet industry. We will continue to protect our investment by filing patents that cover our technology and will take appropriate action against those who infringe,” he added.