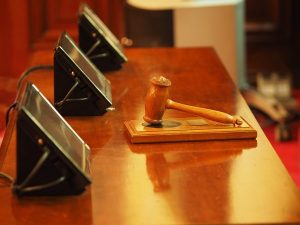 A Manhattan state judge has elected not to dissolve an order forbidding the planned merger between Fujifilm and Xerox.

As Bloomberg reports, this decision on the part of the judge means that Fujifilm has lost “another possible option for keeping the deal alive”. It is also the latest twist “in the months-long drama for control” of Xerox, which has kindled a vicious war of words as well as a slew of legal battles between Xerox and Fujfilm as well as between Xerox and its outspoken shareholders, Darwin Deason and Carl Icahn.

In a separate lawsuit, Fujifilm has claimed that “it will suffer $1 billion in damages if it can’t cement the $6.1 billion takeover” and “continues to believe a combination between Xerox and its existing joint venture is the best solution”. Meanwhile Deason and Icahn are both mulling over higher bids.

Fujifilm first hit a serious legal blockade in April, when Manhattan Supreme Court Justice Barry Ostrager issued an injunction blocking the merger “until the lawsuits were settled.” Xerox subsequently abandoned its plans to cement the deal with Fujifilm, following its bitter battles with Deason and Icahn, while in May Fujifilm opted to appeal Ostrager’s ruling.

Fujfilm also filed another lawsuit in Manhattan Federal Court, seeking damages from the termination of the proposed merger, saying “it didn’t seek to force Xerox to follow through on the deal in light of the injunction, but expected the order would be dissolved.”

Fujifilm has revealed its fears that it will be the only party negatively impacted by the injunction as Xerox and its shareholders have now buried the hatchet; Fujifilm is fretting that, if the injunction is not lifted, it could be subject to subsequent “attack” by Xerox and its investors.

Ostrager has “told lawyers for the companies that they could seek to litigate their case on the merits to determine if the injunction should be lifted, and he would otherwise leave it in place.”

“We are confident that the court will agree that all Xerox shareholders ought to decide for themselves the operational, financial and strategic merits of the transaction,” Fujifilm said in its most recent statement on the matter.